I LOVE 25KM: A successful Challenge for the beneficiaries of the Esprit de Corps Foundation 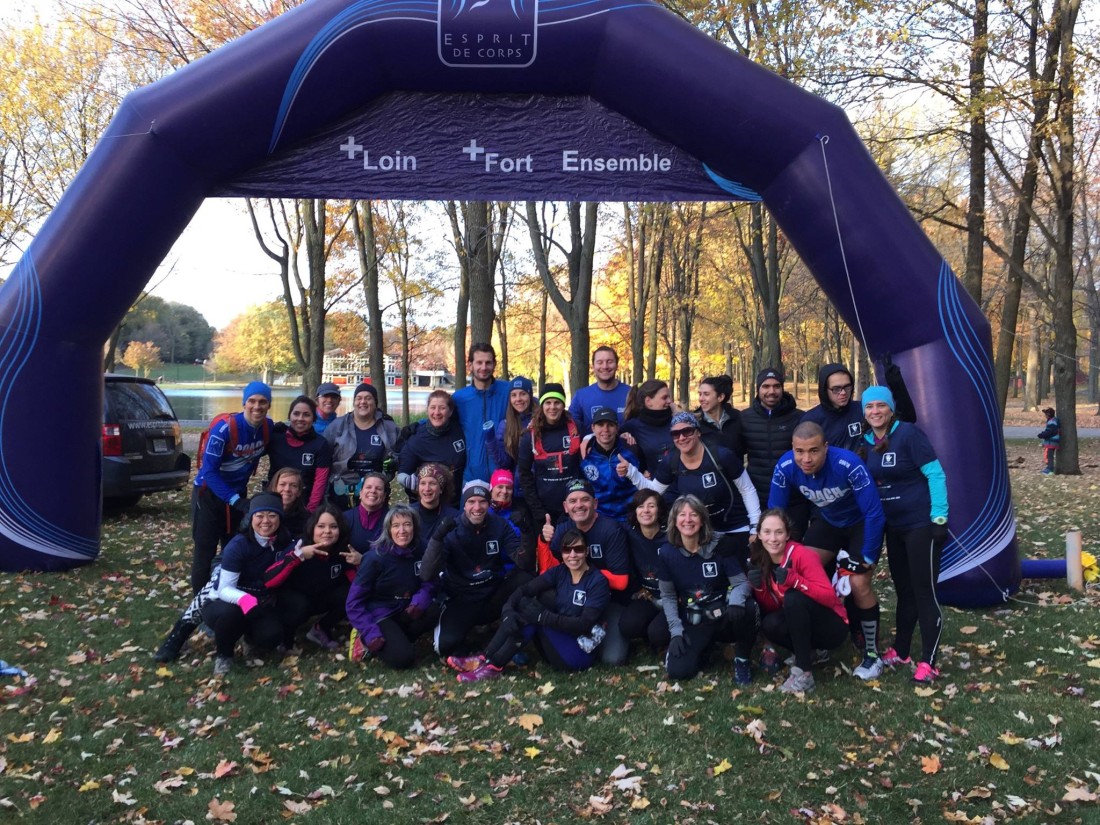 Tuesday, August 18th 2015, sounded the beginning of the charity program ILOVE25KM Beneficiaries, coaches, and organizers of the Foundation: all were gathered for the first collective training session.

As is customary with Esprit de Corps challenges, in order to prepare for their final challenge, participants first engage in a preparatory challenge. The day of this critical step, participants faced rainy and cold conditions, yet they arrived at the foot of Mount Royal united.

A few hours later, after already having achieved a longer distance or time spent running than ever before, they had succeeded, all of the participant’s met in the chalet proud of what they had accomplished and with even greater determination to work towards their final challenge.

After several weeks of training together, overcoming their limits, teamwork and camaraderie, the day of the final challenge had arrived and participants met on the start line- 3 teams- 3 distances- the goal- to succeed in every distance together, as a team, without leaving anyone behind.

Minutes before the start of the race- there is an atmosphere of celebration- in many ways- participants have already succeeded- they have put in the work, now is the time to reap the reward. The moment is touching, as each participant, in their own manner, eliminates the stress singing and dancing to the music, hugging family and friends…taking a deep breath…

3 hours go by…but in the end, all of the participants succeeded to the maximum of their ability.

Congratulations to all of the participants that succeeded in this challenge. The teamwork and determination which was demonstrated by all was a testament to the coaches and to the engagement of each of the runners who completed the I love 25KM.

Many thanks to all of the participants of the Montréal-New York 2015 Challenge, without whom this extraordinary adventure would not have been possible.